Fly Away with Books!

Summer Workshops with French Illustrators at the Environmental Education Center

Fly Away with Books! is a 4-day program that offers unique and playful experiences to kids between 4-10 years old, using books as interactive objects. On July 13th, renowned French children authors and illustrators will lead a workshop at the Environmental Education Center.

In a world that is more than ever intertwined with technology, this is an opportunity for children to reconnect with books outside of school, while offering kids from various backgrounds a creative getaway during the summertime, in order to avoid the infamous “summer slide”.

Author workshops include Corals with Lucie Brunellière, ATLAS, and Garden Pop-Up with Anouck Boisrobert and Louis Rigaud. Scroll below for descriptions and author bios.

This event is presented in partnership with the Cultural Services of the French Embassy in New York as part of its family program Kids Trail. 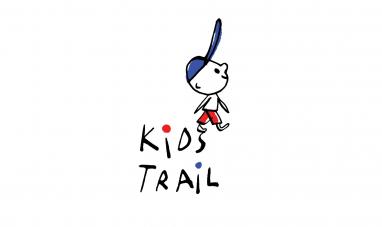 More about Fly Away with Books!

Dive into the world of corals. Taking inspiration from photographs and the illustrator’s book, children will have a chance to make their own coral reef in a transparent sleeve, their very own underwater habitat.

Get carried away in the world of colors! Name colored cards of your choice after places they remind you of (e.g. yellow cab of Broadway, earth of the Grand Canyon). Together, the cards will create a geographic mural, a whole atlas of colors.

Anouck Boisrobert & Louis Rigaud form an author-illustrator creative duo. While they create their literary works, Anouck Boirobert also works as painter and illustrator, and Louis Rigaud as a graphic designer, website designer, inventor of video games and director of animated film. Together, they have written 10 books, 4 of which have been translated in English. Their work Oh! Mon chapeau (Oh, my Hat!) won the 2018 Bologna Ragazzi Award at the Fair of Bologna.

Lucie Brunellière is a graphic artist and illustrator specializing in children’s illustration. She studies vidusal communication in Paris and design in Strasbourg before putting her talents to the service of publications for kids. Today, Brunelliere devotes herself to the creation of albums for children.

The work of Marie-Laure Cruschi (alias Cruschiform) lies at the intersection of art, graphic design, illustration, and typography. Sensitive to color and geometric modular designs, she experiments with various graphic devices in playful, poetic and sometimes didactic ways, creating narrative universes that are perpetually in renewal. Looking to challenge the ways we see the world, she has committed her talents to serving the children’s literary community with several award-winning books.