Books Beneath the Bridge

Our annual literature series goes virtual this Fall featuring 6 evenings curated by local, independent bookstores. Each program will include a reading and Q&A with the authors. Registration required.

Join us on Monday, September 28 for a virtual evening of Books Beneath the Bridge!

Each program is free and features a reading and Q & A with the authors. Registration is now open! Click here to sign up for this event.

Scroll below for author bios!

About Books Beneath the Bridge

In this moment where social justice is at the fore of our collective consciousness, it is vital more than ever to listen and learn from one another. This year’s Books Beneath the Bridge series will feature presenters reflecting on current events and centering marginalized voices, through the lens of their lived experience as well as their communities’.

We will feature a range of perspectives and navigate themes of protest poetry, migrant voices, gender-queer perspectives, the richness and resilience of black girl culture, modern-day parenting, and more. 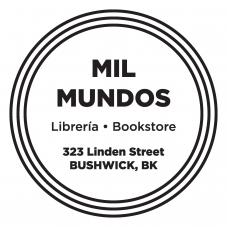 Andrés Cerpa is the author of Bicycle in a Ransacked City: An Elegy (2019), and The Vault (2021) from Alice James Books. He holds degrees from the University of Delaware and Rutgers University - Newark, and his writing has appeared in The Kenyon Review, The Nation, Ploughshares, Poem-a-Day, The BreakBeat Poets Vol 4: LatiNext, West Branch + elsewhere. He was raised in Staten Island, NY and lived many of his childhood summers in Puerto Rico.

Ricardo Alberto Maldonado was born and raised in Puerto Rico. He is the author of The Life Assingment, the co-editor of Puerto Rico en mi corazón, the translator of Dinapiera Di Donato’s Collateral / Colaterales and the recipient of fellowships from CantoMundo, the New York Foundation for the Arts and Queer|Arts|Mentorship. He lives in New York, where he serves as managing director at 92Y’s Unterberg Poetry Center.

Raquel Salas Rivera (Mayagüez, 1985) is a Puerto Rican poet, translator, and editor. His honors include being named the 2018-19 Poet Laureate of Philadelphia and receiving the New Voices Award from Puerto Rico’s Festival de la Palabra. He is the author of five full-length poetry books. His third book, lo terciario/ the tertiary won the Lambda Literary Award for Transgender Poetry and was longlisted for the 2018 National Book Award. His fourth book, while they sleep (under the bed is another country), was longlisted for the 2020 Pen America Open Book Award and was a finalist for CLMP’s 2020 Firecracker Award. His fifth book, x/ex/exis won the inaugural Ambroggio Prize. antes que isla es volcán/before island is volcano, his sixth book, is an imaginative leap into Puerto Rico’s decolonial future and is forthcoming from Beacon Press in 2022. He holds a Ph.D. in Comparative Literature and Literary Theory at the University of Pennsylvania and now writes and teaches in Puerto Rico.

Alejandra Rosa (she/hers/they/them). Journalist, theater-artist and poet based in Puerto Rico. Nieta of doña Sarah, and the daughter of a baker. Her storytelling centers Black and queer experiences on an island that has survived two colonizations, Hurricane Maria, earthquakes, and currently a global pandemic. Rosa’s Afro-Caribbean imaginary exists despite a constant negotiation between trauma, loss and mourning. Her most recent work gifts words to unremembered corners of her memories of growing up Black and queer in Carolina. She is the author of “Grietas” (Ediciones Flamboyán, 2018) and “Compendio de lutos,” (En Rojo, Claridad). A Gabriel Garcia Marquez Fellow (2019, 2020) and New York National Puerto Rican Day Parade Scholar (2017), her stories and articles have been published in Africa, the U.S. and across the Caribbean in publications that include The New York Times, ViceVersa Magazine & 80grados.