Take the kids or go for a ride yourself on Jane’s Carousel, the beautiful, antique carousel. Built in 1922 by the Philadelphia Toboggan Company, Jane’s Carousel was lovingly restored and donated to Brooklyn Bridge Park by Jane and David Walentas. Jane’s Carousel opened to the public on September 16, 2011 after decades of refurbishment.

Located in the Empire Fulton Ferry section in the DUMBO area of Brooklyn Bridge Park, the Carousel is housed in a gorgeous glass pavilion beneath the Brooklyn Bridge.

Jane’s Carousel is a classic antique carousel offering rides on 48 carved horses and two chariots. The Philadelphia Toboggan Company created the Carousel in 1922 and it was installed in Idora Park in Youngstown, Ohio, a then prosperous steel city. Now Jane’s Carousel, it was originally called the Idora Park Merry-Go-Round.

Jane and David Walentas purchased the Carousel in full at auction in 1984 and it was in poor condition. Jane Walentas led its restoration from her studio in DUMBO and required carpentry repairs and hand-scraping of layers of paint. The scraping revealed the original 1922 colors and elegant wood carvings. Through research and color matching paint, as well as the re-adornment of missing embellishments, Jane restored the horses and the entire carousel to its original beauty.

The Walentas’ commissioned the creation of a glass pavilion to house the Carousel so that it could operate year-round. The elegant transparent cube, featuring retractable doors, showcases the historic carousel and makes the most of its spectacular setting on a bluff overlooking the East River, the skyline of Lower Manhattan, and the Brooklyn and Manhattan Bridges. Jean Nouvel Ateliers, an internationally renowned designer and architect, designed the carousel pavilion.

To learn more about tickets, hours of operation, and birthday parties at the Carousel, please visit the Jane’s Carousel website. 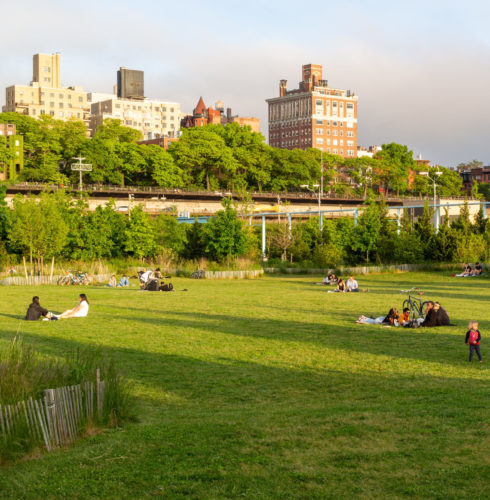 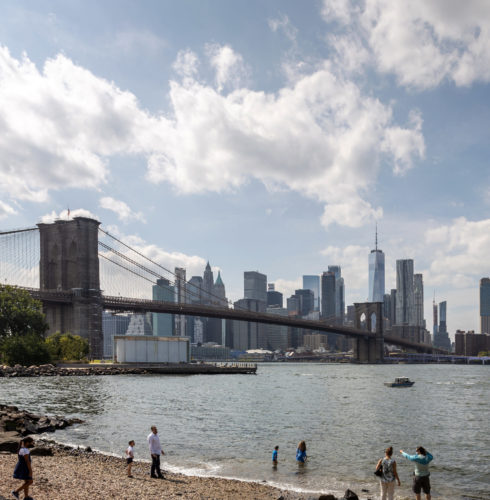 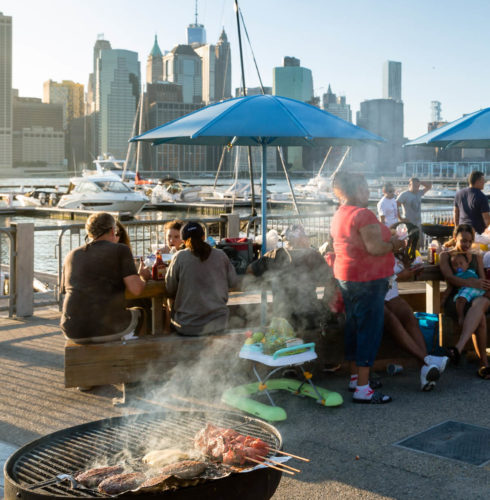 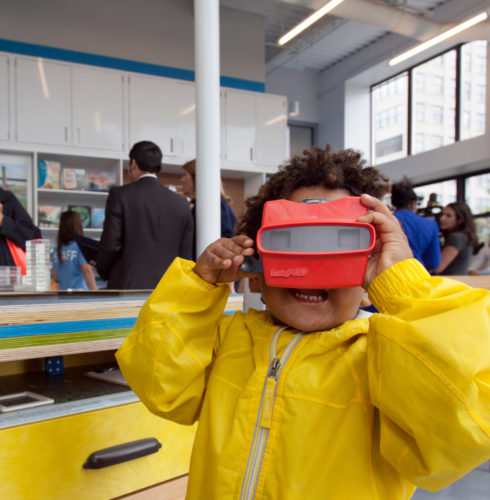